A Letter to Our Young Women 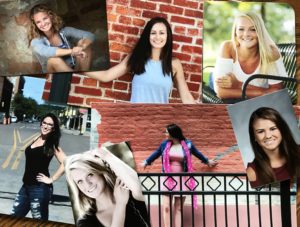 Please turn on the news.  I know you don’t watch much news but I beg you to pay attention to the stories about Harvey Weinstein.  This is not a Hollywood story…this is our reality as women.  I have experienced abuse of power and sexual harassment in a large city and a tiny little town in rural America.  Chances are good it is happening where you work and I want you to be able to take care of yourself.

I write this letter so that you will be conscious of your environment…not hypersensitive…conscious.  This is complicated and that is the exact reason that it took decades for women to tell their stories about Weinstein.  While these stories depicting outrageousness including hosting meetings at hotel rooms in a bathrobe are extreme…the subtle abuses of power around you can also be harmful.

Our culture has normalized this and it’s easy to overlook and be naive.  After working for years in a male dominated industry, I feel conscious of the male/female dynamics and believe that I understand where harmless dude meets creeper guy and how to navigate the difference.  However, a few weeks ago I received a message on LinkedIn from a man I don’t know.  He was hitting on me.  It was obnoxious but not vulgar.  I showed it to Cary who said, “What, this is a business site…seriously?”  My response… “It’s not too creepy, I’ll just ignore it.”  He thought I should report the guy to LinkedIn.  I shrugged it off.  Par for the course.  But is it?  Should women ever have to think about getting a note like that on a BUSINESS networking site?  Clearly my man didn’t think so.  Then the Weinstein stories started to circulate and I realized how badly I “missed it” on this LinkedIn note.  Now, here’s the key.  Knowing that it’s not okay does not require me to respond to this person.  It does not require me to get angry about it…what it requires…is for me to be conscious.

The way I continue to learn to be conscious about these issues is from experience.  Unfortunately, before I understood the dynamics, I made some bad choices and was harmed.  I luckily hired a coach who helped me see my work situations for what they were when I couldn’t.  This letter is for all of you who are busy climbing the ladder and might be missing the subtle signs.  My want for you is not to be harmed.

Please pay attention to your physical space.  Men in my previous career were always reaching across me.  Sometimes it was just ignorance because I was “one of the boys.”  And sometimes, the fact that I was “one of the boys” was an excuse.  An arm around me where the hand lingered to try and touch my breast for example.  Once I had a new boss slam on the brakes for no reason and put his arm across my chest while we were driving.  I immediately began guarding my physical space fiercely.  I was consciously clear that I expected professionalism.  I crossed my arms a lot, put my purse between us if needed, and mentally sent a message to “back off” which translated through my body language.  I did later learn that he was a known womanizer.  He got my message during that business trip and we ended up having a good working relationship but it took me being conscious to set the rules.  Other women who worked for him wouldn’t be so kind.

Know the signs.  At happy hour, which bosses leave after one drink and which ones stay?  Who orders you another drink when you insist on leaving?  Did you stay and drink it anyway because they were important at your office?  Which leadership team members gossip?  Who looks for “the dirt?”  Does a manager ever ask you about a female co-worker’s personal life?  If she’s going through a break-up for example.  Creepers look for vulnerabilities.  Do you observe in meetings which male colleagues are constantly starring at female bodies?  The creepers feel entitled to stare…gentlemen stay professional.  Always know the lay of the land in your work environments, take good mental notes.

Please be careful with alcohol.  Every industry I’ve coached in has alcohol fueled events.  Even not-for-profits.  If you feel the pressure to participate and you probably will, go to the bathroom, hit the bar on the way back to your table and ask the bartender for a seltzer water with OJ or Cranberry juice and to put it in a rocks glass for you.  No one will realize you’re not drinking.  If you are with a shots-loving crowd, give the waitress a twenty to bring you shots of water when the tequila is ordered.

When in doubt, bring a friend.  Many of the women who discussed Weinstein talked about taking a friend to meetings.  I often would bring a male colleague to meetings or dinners I wasn’t sure about.  It was a great way to flush out the creepers.  I even once took a girlfriend who didn’t work in the industry to a conference with me to avoid any awkward situations.

Sometimes the worst guys know how to disguise themselves as the good guys.  The outrage around the Weinstein stories is especially loud because he masterfully disguised himself as an advocate for women’s issues.  This is very common.  Pay attention to your admiration towards people of power.  You might be mindfully adding attributes that the person hasn’t earned.  Attributes that could get in the way of seeing the dynamics clearly.  It’s like when you first start dating someone and everything is adorable for the first 6 months.  Make sure you allow people to earn your trust at work, including the leadership.

You CAN own the benefits if you understand the dynamic.  I was often the token woman at the business dinner.  After a few years I figured this out and I would make it clear to my leadership that I understood my role with a light joke.  I guess, I felt like it gave me more power to own it.  It also gave me the opportunity to not continue to the strip club after dinner.  “Okay, I was your eye candy for dinner but I’m heading home now.”  Chuckle, chuckle.  And, being at these dinners gave me access to businesses and executives that my male colleagues at the same level didn’t have.  Making those connections almost always helped my career.

Can you see now how this is complicated?  You are young and I know you want to impress your company.  I know you don’t want to lose your job.  I know you don’t want to make big deals out of nothings.  I’m not asking you to change the world for all women on the planet.  Each generation learns from the last and we continue as women to learn how to empower and lift each other up.  I do desperately want you to be conscious that abuses of power still exist.  They exist BIG TIME.  The sooner you can become conscious of that and learn to navigate the dynamics, the better for you.  You will set your boundaries and hopefully avoid being abused or exploited.

The good news is that for every Harvey Weinstein type guy I worked with…there was a good guy.  The true gentlemen.  The men that I still consider to be friends.  This is not a letter to make you hypersensitive.  As you strengthen your consciousness muscle around these dynamics, your instincts will sharpen and you will be able to handle situations and know exactly how to best take care of yourself.

Go forth and do great things you Amazing and Beautiful Young Women!